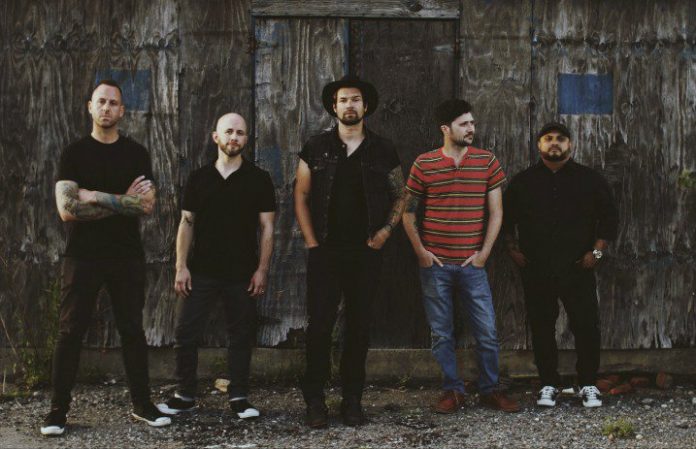 Taking Back Sunday singer Adam Lazzara recently did an interview with Billboard where he was asked about the popular Emo Nigh event which was once called Taking Back Tuesday. Lazzara expressed some displeasure with the promoters using the name Taking Back Tuesday and said the following:

“Those motherfuckers owe me some money. They’re using our name, they didn’t ask. It’s flattering, I get it. But also, I don’t want to become a parody of something I take real seriously. That’s the line that those people are walking.”

The promoters then released their own response and in the Billboard article it was noted that the reporter was told there was a “rather unpleasant run-in” between Lazzara and one of the promoters in the past.

Adam Lazzara has now issued his own statement via Alternative Press and he’s trying to clear up the controversy. You can see what he had to say below.

Today I came across a surprising article with my name attached to it posted from Billboard.

John and I did nearly an hour long interview talking about our new record due out in September for Forbes, but the writer focused on none of this. What he did focus on instead was a very small part of our conversation when he asked what I thought about the DJ emo nights that have been popping up all over. The quote used as the headline was taken out of context and sadly my overall point was missed. I said I was flattered, we all are. The fact that our music can be a part of something that brings people together to celebrate is incredible to me. I can’t even believe it. When I hear about that happening I am honestly beside myself.

What worries me is that with such an eye on the nostalgic quality of these nights it runs the risk of pushing something that is very dear to me into that of a parody. The flyers for their DJ nights have used our bands art/record titles and to say using the name “Taking Back Tuesday” isn’t using our name is a stretch. It might seem ridiculous to some but this band and its music is very important to me. I lose sleep over it, I put all of myself into it, we all do. It is and will continue to be the very center of who I have been and am. What I told this writer was that it is a very fine line being walked with something that is very precious to me and I hope they keep that in mind, for whatever it is worth. There’s power in having the gumption to bring all those people together, and like uncle Ben says, with great power comes great responsibility.

To address the “unpleasant encounter,” here is what happened. Emo Night LA had a booth next to our merch booth in San Bernardino. I was on my morning jog when I stopped to see if Dylan, who sells merch for us, needed anything before doors opened. I looked over at their tent and said “hey, are you the Taking Back Tuesday people?” To which they said “yeah” I then said “oh, well I think you might owe us some money” laughed and jogged off. That to me was not unpleasant but I do apologize as my sense of humor can be off-putting for some. It was a joke and of no malicious intent, again, I apologize. I meant nothing by it. It’s sad to me that something can be blown so out of proportion so easily. To stick with the theme of what I’ve been reading and then addressing today, here’s an emo song to look up, it’s called “Handle With Care” by the The Traveling Wilburys. That emo song explains perfectly the point I was expressing during the interview that Billboard posted.

In the midst of all the controversy, Taking Back Sunday announced new tour dates in support of their upcoming album “Tidal Wave” and you can check out the dates below.