For so long now Warped Tour has been a destination for music fans each and every summer, but founder Kevin Lyman has announced that 2018 will be the last year that Warped Tour will be a full tour.

What will become of the Warped Tour brand is unknown at this point, but Lyman did note that the plan is to do something special for the 25th anniversary in 2019.

Warped Tour is a tour that changed the lives of many by serving as a gateway to a music scene that they didn’t know existed, so it almost goes without saying that quite a few people are sad to see it go.

The internet is doing what it does best, reacting to the announcement, and you can see some of the reactions below.

Kids are going to hear the line, “I couldn’t wait for the summer at the Warped Tour” and ASK WHAT THAT WAS and I CANNOT

I’ve just been informed that 2018 will be Warped Tour’s last tour; no one speak to me for the rest of the year.

the year is 2019, a faint cry is heard in the distance. mark hoppus has come to terms with the fact that he is now stuck waiting for all eternity for the summer at the warped tour.

every summer I always saw parents dropping their kids off at warped tour & I couldn’t wait to be the cool parent and go with my own kids one day, can’t believe it will never happen now

The first time I saw bands like Paramore, ADTR, The Wonder Years, The Story So Far, New Found Glory, Title Fight, etc we’re all at warped tour, I can’t imagine what my music taste would be without that tour

it would appear that 2018 will be the final year of the Vans Warped Tour.
maybe now I’ll finally grow up and my decade long emo phase will be able to rest in peace. 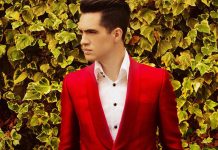