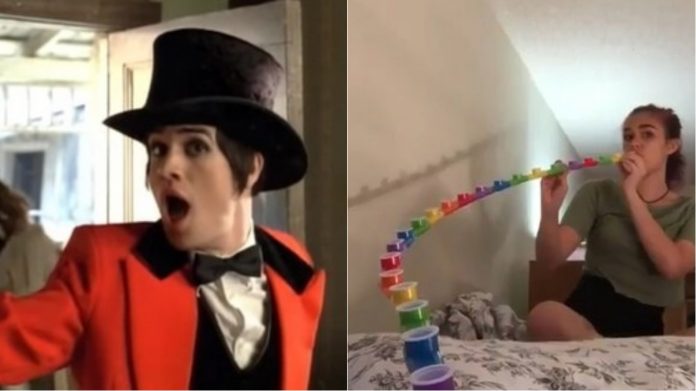 Panic! At The Disco had a great year in 2016, and the band rode that wave of momentum into 2017, but now that the Death of a Bachelor tour has wrapped up, Brendon Urie has moved on to other things.

Urie is currently singing on Broadway in the musical “Kinky Boots” but he’s assured fans that he’s working on new music during his downtime.

The thirst for new music is real for Panic! At The Disco fans, and although we may be waiting a while before it’s released, one fan has found a way to keep herself busy.

Izzy Humair has become notorious for her awesome kazoo covers, and she recently took on “I Write Sins Not Tragedies” by Panic! At The Disco.

It’s something that has to be seen to believed, and you can check it out below.