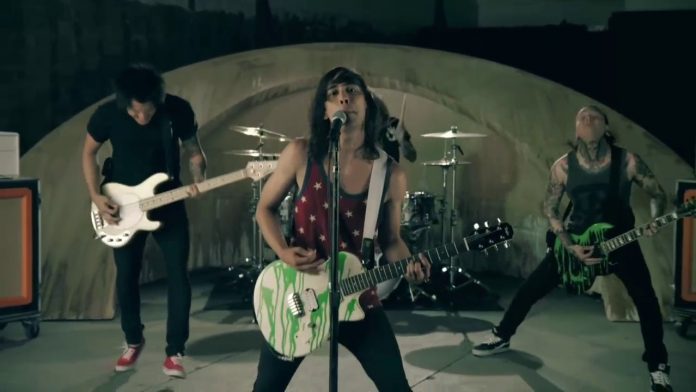 Pierce The Veil have been having a great year and they’ve been rocking faces all over the world playing songs from their entire catalog.

“I really admire any band that makes their own decisions and doesn’t let others influence or alter the path that they have set for their band. Pearl Jam are a great example – DIY since day one. They stand up for their beliefs, no matter how much shit they get for it sometimes. I love that about them.”