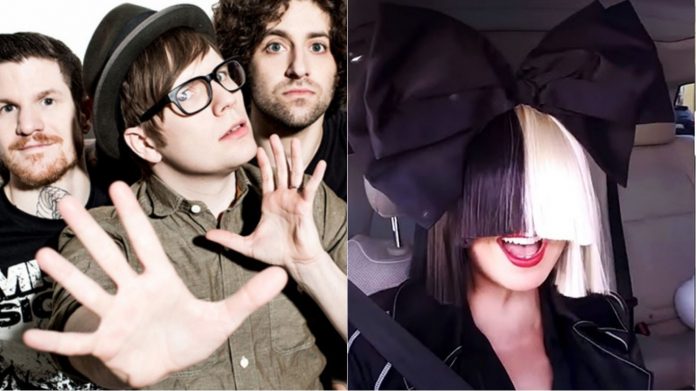 Fall Out Boy will be releasing their album “MAN I A” in September, and so far they’ve unleashed two sounds on the world. The first song to be released from the album was “Young and Menace” and last week the band dropped their new song “Champion” along with a music video that featured skateboarding llamas.

Over the course of their career, Fall Out Boy have written some pretty catchy songs, and it looks like they had a little help this time around. Apparently Sia got in on the writing session for “Champion” as Sia Furler is listed as both a writer and composer for the song.

If you haven’t heard the new song yet you can check out the video below.