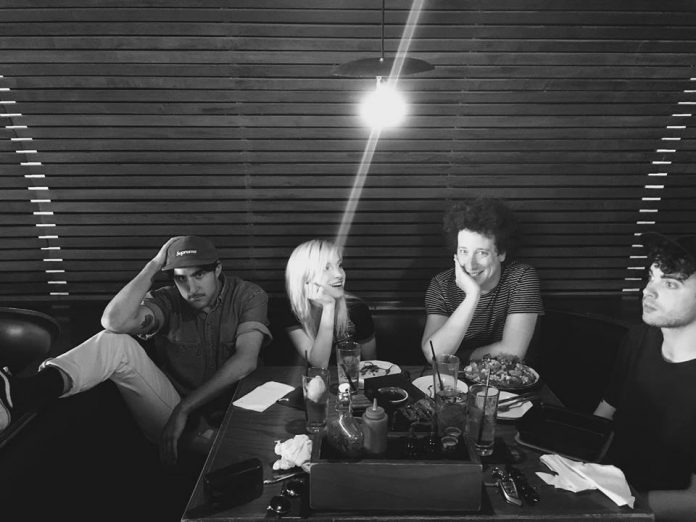 Over the past few months Paramore have been teasing their fans big time by dropping hints about Zac Farro’s status with the band. They’ve been posting pictures of themselves hanging out and jamming with Zac and Zac himself recently confirmed to Idobi that he will indeed be playing on the new album.

“They’ve asked me to play drums on their album, on their new album. So [Hayley] put it on their Instagram and put it on their website, and it’s no joke that I’m back just playing drums for them on their album alongside with doing my HalfNoise stuff. That’s it, and that’s literally all it is right now.”

So there you have it folks, Zac Farro will be playing on the new album, but as of right now he’s still not an official member of the band.

“No one’s really asked cause I’ve kind of deterred the question, but I’m doing HalfNoise – that’s my band. They’ve asked me to drum, and it was like, ‘Yeah, of course!’ We’ve always been friends, and yeah, there was a little bit of weirdness cause I left the band for a few years, but all that stuff is not even there anymore and there’s no hard feelings and it’s just been rad and fun.”

On a related note, Hayley Williams noted on Twitter that she starts tracking vocals today and it looks like she’s listening to a little Mariah Carey for inspiration.