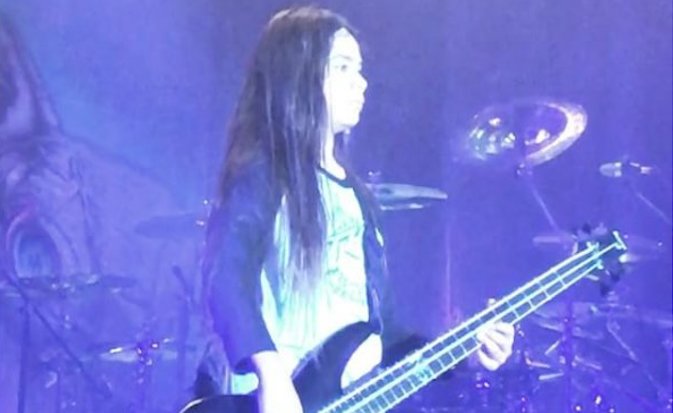 Korn’s regular bassist Fieldy was unable to make it to Korn’s South American tour due to “unforeseen circumstances” but that’s ok because the band has found a worthy replacement.

Tye Trujillo, a 12 year old boy who happens to be the son of Metallica bassist Rob Trujillo, is filling in for Fieldy for a few days while he’s away. Tye normally plays for a band called The Helmets, but he was happy to answer the call when Korn enlisted his services.

Tye made his debut with the band this week during a live show in Bogota, Colombia, and he absolutely killed it with his performance. You can check out a few video clips below.

You can catch Tye playing bass for Korn at the following shows:

Fieldy is expected to resume his bass playing duties during the bands US tour in May.