Next summer Blink-182 will be heading to the UK to a tour in support of their latest album “California” and tickets are on sale now.

The band recently announced that they’ve added a second date at the O2 Arena in London, and they will playing shows at the arena on July 19 and July 20. You can check out the updated tour dates below. 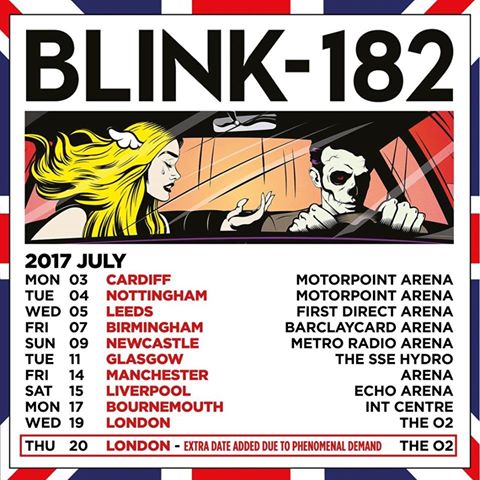