It’s been 15 years since Alien Ant Farm released their album “Anthology” and later this year they’ll be hitting the road to celebrate. The band just recently rocked the main stage at the Download Festival and they’ll be bringing the rock back to the UK later this year for the 15th anniversary tour.

Tickets for the tour will go on sale later this week and you can check out the tour dates below. 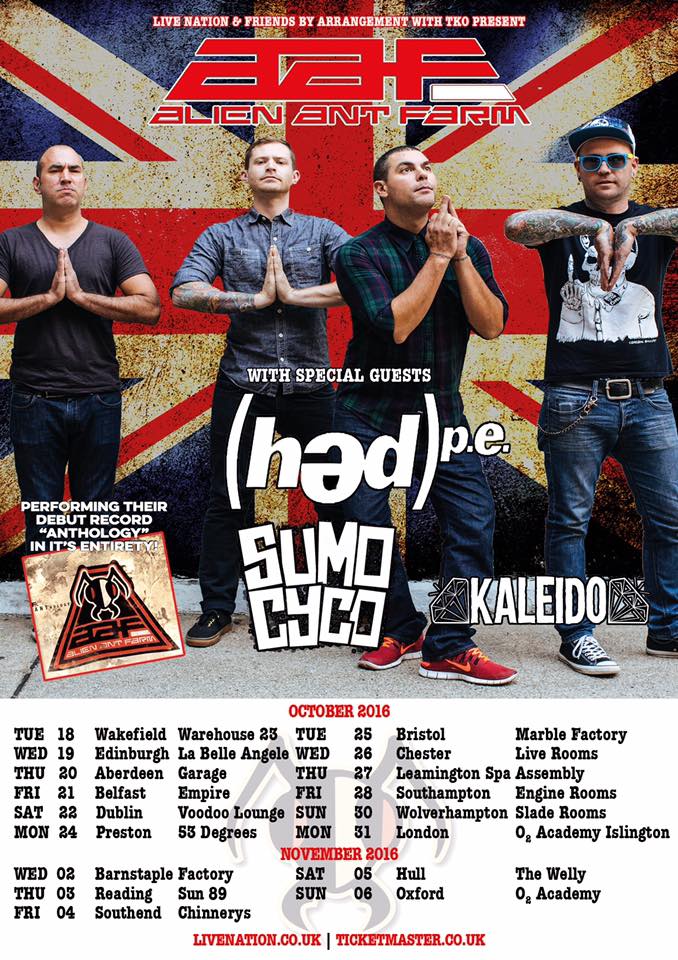