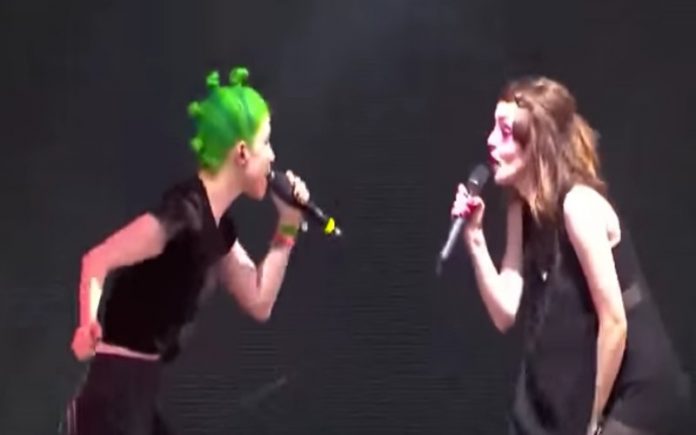 CHVRCHES were joined by a special guest during their set at Bonnaroo on Friday night when none other than Hayley Williams of Paramore took the stage. CHVRCHES recently released a new version of their song “Bury It” which features Hayley, but she wanted to get in front of a live crowd so she could show everyone how to rock.

“I don’t think I can sing all of the next song by myself.” Lauren Mayberry said before introducing Hayley as a surprise guest.