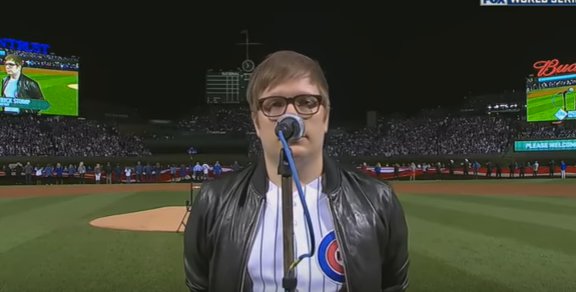 If you’re a baseball fan then you’re probably well aware that the Chicago Cubs are currently participating in the World Series as they face off against the Cleveland Indians.

Patrick Stump stepped up to the mic, and he knocked it out of the park, no pun intended. See for yourself in the video below.

Before the game Patrick was also given his very own Chicago Cubs journey which you can check out below.