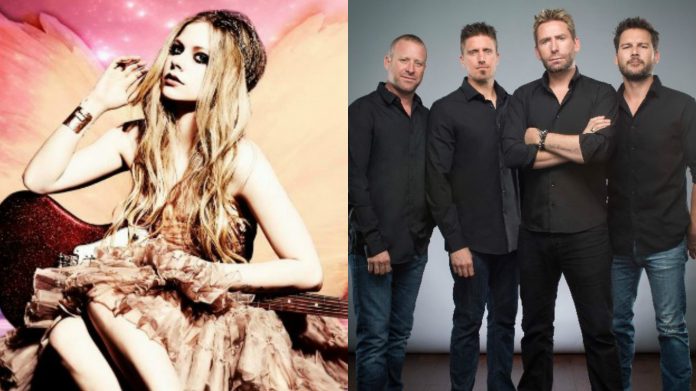 People of the world love to hate on Nickelback. There’s just something about Nickelback that has caused music fans to make endless amounts of jokes at their expense, and the latest person to present a Nickelback themed joke to the masses is none other than Facebook’s own Mark Zuckerberg.

The video got over 1 million likes on Facebook with 23 million views, and it seems that there are some people out there who enjoyed the Nickelback burn. However, Avril Lavigne is not one of them.

Avril took to Twitter to defend her ex-husband’s band by pointing out that Nickelback has sold 50 million albums. She accused Mark Zuckerberg of bullying Nickelback, and Lavigne also tagged several anti-bullying organizations in her post. You can see what she had to say below.

Mark Zuckerberg’s Jarvis video can be viewed below, and the Nickelback burn can be heard around the 1:10 mark.